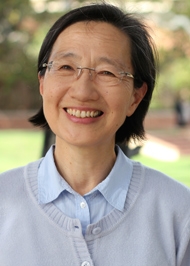 I am a historical-anthropologist who is interested in the fates of ordinary people in wars.

My research interests lie broadly in the intersection between anthropology and history. Most of my publications focus on one particular question—how individuals and groups (defined by the members’ gender, class, occupation, nationality, generation or place of living) perceive their relations to the state(s) in both colonial and post-colonial periods. Although my fieldwork sites moved from Mexico, Catalonia (in Spain) to East Asia, I have always pursued this question. Furthermore, this single question has led me to interrogate several key concepts of anthropology and history, such as development, gender relations, nationalism, colonialism, post-colonialism, the “history of the present” (history as a complex interaction between the past and the present), and more recently children as national resources. My most recent project focuses on the orphans produced during wartime in East Asia, specifically in Japan, China, Taiwan and Korea, and the impact of the Eurocentric discourse of the rights of the child on them.

Crossed Histories: A New Approach to Manchuria in the Age of Empires Honolulu, University of Hawaii Press (2005, published also in Japanese in 2008).

“Between Colonial Racism and Global Capitalism: The Japanese Repatriates from Northeast China since 1946” American Ethnologist 30:4:527-538 (2003)

“A Road to a Redeemed Mankind: The Politics of Memory among the Former Peasant Settlers in Manchuria” South Atlantic Quarterly 99:1:143-71 (2001)

“Japanese Nationalism and the Female Body: A Critical Reassessment of the Discourse of Social Reformers on Factory Wome

Under the Shadow of Nationalsim: Politics and Poetics of Rural Japanese Women. Honolulu: University of Hawaii Press (1998)

Marvin Sterling (Assistant Professor of Anthropology and Performance Studies at the University of Indiana, Bloomington)