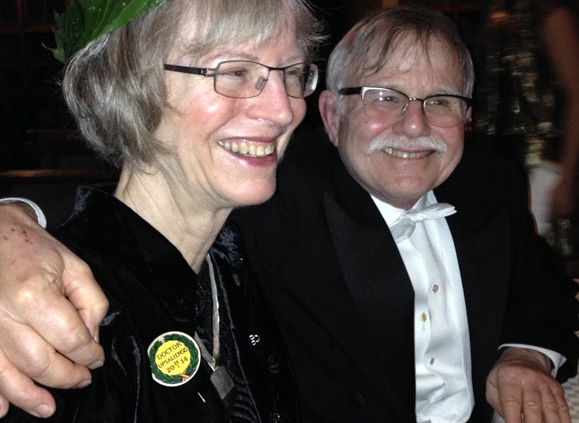 Professor Marjorie Harness Goodwin has received an honorary doctorate at the Faculty of Educational Sciences, Uppsala University. From the press release: Professor Goodwin carried out anthropological fieldwork among African-American children in their neighborhoods in the northeastern US in the 1980s, long before interaction research had become established. After that, in several studies she has shown how girls establish complex social relations by taking part in conflicts and gossip. Goodwin is a world-leading scholar who has pioneered an understanding of the embodied language practices that people use in various contexts to constitute their social world. In recent years she has challenged the view of how emotions are used in the interaction of children and adults in everyday upbringing. She has also help to develop multimodally based interaction analyses. Photo at right: Prof. Goodwin at the ceremony in Uppsala with her husband, Prof. Charles Goodwin.