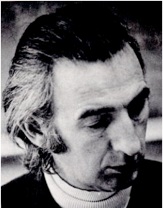 It is with great sadness that I report the passing of our colleague Douglass Price-Williams on October 10 at the age of 90. He will be remembered for his creativity and productivity as a scholar and his contributions as a dedicated mentor to our students. His scholarship crossed disciplinary boundaries, and his regional interests were broad as well: he conducted research in locales as diverse as Nigeria, New Mexico, and Nepal. Professor Price-Williams received his Ph.D. from the University of London in 1963. He came to UCLA in 1971 and held joint appointments in the Departments of Psychiatry and Biobehavioral Sciences in the School of Medicine and Anthropology. He retired in 1991. A memorial service will be held on Saturday, October 25th at 11:00am at St. Thomas More Catholic Church in Oceanside. Nancy LevineChair, Department of Anthropology From Price-Williams’ publisher, Pioneer Imprints:Professor Price-Williams is recognized as one of the early developers of the field of cross-cultural psychology and as one of the pioneers of psychological anthropology and the anthropology of consciousness. He taught at University level for nearly 4 decades; 10 years at the London School of Economics, as a visiting lecturer at the University of Kansas, 5 years as Chairman of the Psychology Department at Rice University and 20 years in the departments of Anthropology and Psychiatry at UCLA. He has produced close to one hundred fifty published writings in his career and has served on numerous editorial boards. As an anthropologist he has done field work in Mexico and Guatemala, two regions of Nigeria, the big island of Hawaii, Nepal, Bali and in the aboriginal communities of Australia. He became a clinical psychologist in California in the early 1980’s and co-conducted dream groups with artists for fifteen years.Born in London, England, and emigrating to the U.S. in 1964, he became a U.S. citizen. He served as a Radio Officer in the British Merchant Navy during the last years of World War II. Before getting his Bachelors and Doctoral degrees in Psychology from the University of London, he studied body-use under F.M. Alexander, the creator of the Alexander Technique, and taught this technique in Copenhagen and England.He has published widely on perceptual processes, classification, use of intelligence tests, displacement and orality, the psychology of caste, the philosophy of science, kinship concepts, cognitive style, and relation thinking.His interest in transpersonal matters began when he studied in England for ten years with J.G.Bennett of the Gurdjieff-Ouspensky movement. He has consulted with Meher Baba, Pak Subuh and Maharishi Mahesh Yogi, and has studied and practiced numerous methods of meditation.