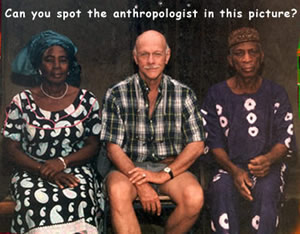 I am sorry to have to announce that Peter B. Hammond passed away on October 4. Peter received his Ph.D. in Anthropology from Northwestern University in 1962, based on research among the Mossi of Burkina Faso (then Upper Volta). That research focused on technological innovation and culture change. He subsequently conducted research in a number of other nations, principally in Africa, as well as in the American South. Professor Hammond left a successful consulting practice to join our Department in 1981. For more information on his career, his work in academic anthropology and as a consultant to high profile federal agencies, and his many contributions to applied anthropology, I can direct you to a delightful self portrait that can be found on his website. Among his many accomplishments at UCLA was his role in co-founding International Development Studies, now a Program and undergraduate major in the International Institute, and his chairing of the Chancellor’s Task Force on Lesbian, Gay, and Bisexual Studies, which led to the establishment of UCLA’s LGBT Studies Program.  Professor Hammond was the recipient of numerous grants and fellowships and a very highly regarded instructor, who won the Luckman Award for Distinguished Teaching in 1996. Never lacking a sense of humor, his CV describes his languages as “Fluent French, Spanish and Portuguese; functional English.” He will be greatly missed by all of us. Nancy LevineProfessor and Chair, Department of Anthropology Peter, his daughter Alexandra, and wife Azar