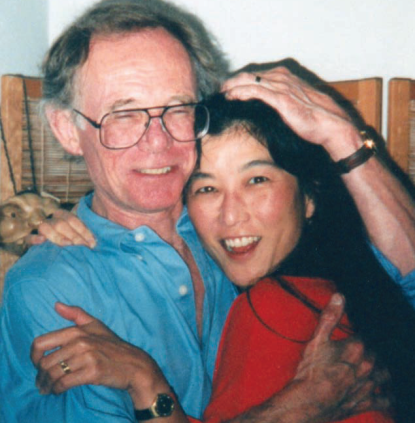 Some people’s lives are so deeply rooted in a place, or a profession, that they become part of what defines it. A good example of this is the late Robert Edgerton and the UCLA Department of Anthropology. Robert completed a bachelor’s in anthropology at UCLA in 1956, and stayed on to earn a Ph.D. in the subject in 1960. And this was only the start of a 47-year career at his alma mater as a prolific and renowned scholar of sociocultural anthropology. He passed away in 2016.His wife, Karen Ito, also a Bruin and a medical and psychological anthropologist, earned her B.A. in anthropology in 1969, followed by a master’s in 1973 and a Ph.D. in 1978. In those early years, she said she began her lifelong fascination with anthropology and “the tension between focusing on defining a single culture and making larger definitions of humanness.”Karen recalls fondly, “My husband really believed in and loved UCLA. He always wanted to give back and support the university, and he was always willing to serve.” Wanting to honor his lifelong dedication, she thought of endowing a chair, but first, she says, “I wanted to have an immediate effect on students because he was devoted to supporting and nurturing them.”  So she established the Robert B. Edgerton Endowed Graduate Student Award in the Department of Anthropology. “I didn’t restrict the use of the award. In anthropology, there is a need for flexibility. Students need to do field work and travel, so they might need extra help to cover storage fees, rent a car, or deal with unforeseen expenses to continue their studies and research.” Having provided support for students, Karen circled back to the idea of creating a chair to commemorate Robert’s impact on his field, through a future gift from her estate. “Robert worked with the first cohort of developmentally disabled people who were released from state hospitals by the Reagan Administration,” she explains. “He followed them into the community and studied how they survived and documented all the skills they developed to pass through society as competent.”  The result of this work was the publication of a key title in the field, The Cloak of Competence, which is to date the longest book in print by the University of California Press.Now part of Karen’s estate documents, the Robert B. Edgerton Endowed Chair will be the very first endowed chair in anthropology at UCLA.  With these gifts, Karen has both honored her husband’s legacy and cemented her own. She epitomizes, as her husband did, the true meaning and nurturing spirit of the words “alma mater.”