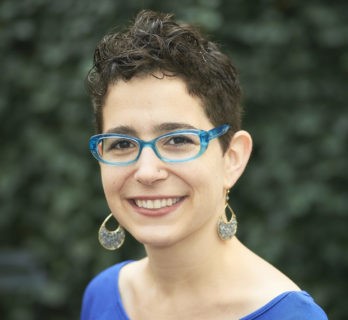 Recent Anthropology Ph.D. graduate Jena Barchas-Lichtenstein is a researcher at New Knowledge Organization, Ltd. From her profile in the October issue of Anthropology News:I lead media research at an interdisciplinary New York City-based think tank. I consider myself primarily a linguistic anthropologist, with a focus on various kinds of large-scale communication and theories of community and identity. I’m particularly interested in the role of mass media in inequality.There is relatively little overlap between the communities of practicing anthropologists and linguistic anthropologists, at least at the AAA. As a Leadership Fellow, I hope to create more connections between these groups, advocate for the needs of practicing anthropologists, support more mentorship opportunities for linguistic anthropologists. I did not have access to a lot of resources when I was looking at careers outside the academy, and I’d like to help change that.My ongoing professional service has been in outreach and mentorship, both mostly informal. I’m excited to take on this kind of service in a more structured way and become more involved with the AAA.