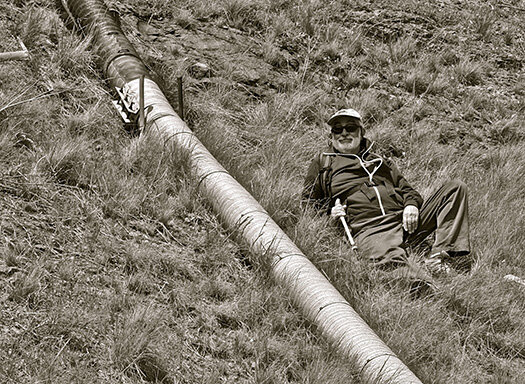 It is with a heavy heart that I inform you of the passing of Emeritus Professor Michael Moerman on August 22nd, 2020. Professor Moerman received a BA degree from Columbia University in 1956 (Phi Beta Kappa, Honors) and his Ph.D. in Anthropology from Yale University in 1964 studying under the famed ethnoscientist Harold Conklin. In 1962, before his Ph.D. was completed, Professor Moerman was hired as an Assistant Professor in the School of International Services at the American University, Washington DC. With his Ph.D. in hand, he left that position in 1964 to become a lecturer in our department. Professor Moerman was officially hired as an Assistant Professor at UCLA in 1965 and was granted tenure in 1968.  He was promoted to Full Professor in in 1974 and remained in our department until his retirement in 1993.

Professor Moerman’s early work examined the social and economic organization, agricultural transformation, and ethnic identity in Thailand. Inspired by Harvey Sacks, Emanual Schegloff, and Gail Jefferson, Professor Moerman’s research shifted mid-career to conversation analysis, eventually resulting in the publication of his book, Talking Culture: Ethnography and Conversation Analysis (1987, University of Pennsylvania Press). Selected by Choice magazine as an Outstanding Academic Book, Talking Culture was much celebrated by anthropologists for being “the first attempt by an ethnographer to apply tools of conversation analysis to conversational data from a non-Western language and culture in a monograph length work” (Besnier 1990). Following his retirement from UCLA, Professor Moerman shifted gears yet again to begin a career in acting. His professional career began in San Diego and continued for 20-years. A longtime member of We Players, he also regularly participated in plays performed at the Boxcar Theater, Tennessee Williams Festival, and the Lake Tahoe Shakespeare Festival, among many other venues. Please join me in sending our condolences to his widow Patricia Miller.