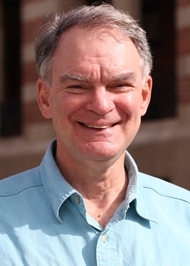 My research aims to understand what enables humans to coordinate in often cooperative, complex, culturally and historically varying systems of social relations. I study social and moral cognition, motives and emotion; relationship-constitutive actions, experiences, and communications; motivations for violence; interpretations of misfortune and death; and links between psychopathology and social relationships. My current research focuses on the emotion often called being moved or touched; see our Kama muta lab. My methods integrate participant observation ethnography, broad ethnological and historical comparison, systematic sampling of behavior, and experimentation. But I am fundamentally a theorist, indicatively exploring the ontology and epistemology of social phenomena through systematic ethnological and historical comparison.

The framework for my work is relational models theory (RMT), an integrated and comprehensive theory of human sociality that I initially formulated.  RMT connects the evolved neurobiology and psychology of human social relationships to their developmentally discovered cultural implementations. At this point, RMT has been extensively tested, applied, or developed in articles, theses and books by over 275 social, cognitive, developmental, and clinical psychologists; anthropologists and archeologists; sociologists; neuroscientists; philosophers; religious study researchers and management scientists.  (RMT has also been cited in about 6000 other works.)  My research network continually connects scholars across the US, Canada, Norway, Estonia, Germany, Hungary, the Netherlands, Portugal, Turkey, and Australia.  Currently I am writing a book and collaborating on experimental and field studies of the emotion we call kama muta — approximately, being moved, touched, stirred, having a rapturous experience, or tender feelings toward cuteness.