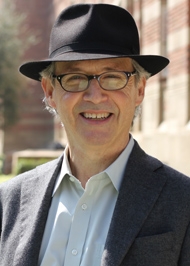 Alessandro Duranti’s research projects have focused on the role of verbal and visual communication in political arenas, everyday life, and during music performance and rehearsals.

Theoretically, he has been interested in agency, intentionality and intersubjectivity. Methodologically, he has favored participant-observation and audio-visual recordings of spontaneous interaction. His books include The Samoan Fono: A Sociolinguistic Study(Pacific Linguistics Monographs, 1981), From Grammar to Politics: Linguistic Anthropology in a Western Samoan Village (University of California Press, 1994), the textbook-treatise Linguistic Anthropology (Cambridge University Press, 1997), The Anthropology of Intentions: Language in a World of Others (Cambridge University Press, 2015), and a number of edited volumes, among which: Rethinking Context: Language as an Interactive Phenomenon (co-edited with C. Goodwin, Cambridge 1992), A Companion to Linguistic Anthropology (Blackwell 2004), and Handbook of Language Socialization (co-edited with E. Ochs and B.B. Schieffelin, Wiley-Blackwell 2012). He is a Fellow of the American Academy of Arts and Sciences and the recipient of the John Simon Guggenheim Fellowship, the UCLA Alumni Distinguished Teaching Award, and the American Anthropological Association/Mayfield Award for Excellence in Undergraduate Teaching.

A considerable portion of my research and publications is based on my fieldwork in (Western) Samoa (1978-79, 1981, 1988, 2000) and in Southern California with first- and second-generation Samoans (1990-95). In Samoa I studied verbal art, political debates and conflict management, everyday encounters, register variation, and literacy practices. In Southern California, I studied how children of Samoan descent were being socialized into traditional Samoan values and cultural practices while participating in contemporary U.S. society. In documenting Samoan language and culture, my overall project has been to: (a) provide a fairly comprehensive sense of what it means to be a speaker of Samoan from a perspective I called Samoan ethnopragmatics (Duranti 1994); and (b) use Samoan communicative practices as a way of testing and improving upon theories and methods in linguistic anthropology, linguistics, philosophy of language, and cognitive science.

From a theoretical point of view, my work on Samoan language and culture has been devoted to two related dimensions of human practice and its symbolic representation: (i) intentionality and (ii) agency. The interest in the epistemological role of intentions and its ontological foundations came out of a combination of (i) ethnographic and linguistic observations and (ii) readings in dialogically oriented theories of development, interpretation, and social action (e.g. the works of Lev Vygotsky, M.M. Bakhtin, conversation analysts). On the basis of my study of Samoan verbal exchanges, I came to the conclusion that the common view of interpretation as the activity of reading the intentions of the speaker is problematic and that the audience plays an important role in the definition of what someone means to say. In the 1980s and 1990s I articulated these thoughts in a number of articles that focused on Samoan ways of speaking and interpreting. More recently, I have returned to these ideas within a broader perspective that takes inspiration from phenomenological theory and especially from Husserl’s writings.

An interactional perspective on language as a cultural practice also informs my discussion of speech acts and conversational interaction in my book Linguistic Anthropology (1997) and my research project on the 1995-96 political campaign of the late Walter Capps, which provided an unprecedented audio-visual documentation of political discourse by one candidate in public and private interactions over the span of one year. This project also generated a new set of theoretical and methodological issues that I have been trying to address by expanding my theoretical horizon. I became interested in analyzing the forces that shaped the candidate’s daily public presentation of self and limited his attempts to control the political process he originated by his decision to run for office. The publications that resulted from this project are meant to contribute to a model of political discourse in contemporary U.S. and to provide an understanding of the moral dilemmas caused by the decision to assume a new public identity.

The dimension of agency , a notion that has received a considerable amount of attention within anthropology and sociology in the last decades of the twentieth century, was at the center of my bookFrom Grammar to Politics (1994). Starting with my keynote address at the 2001 SALSA conference, revised in a chapter entitled ‘Agency in language’ in the edited volume A Companion to Linguistic Anthropology (Duranti 2004), I have been expanding the theoretical framework within which to understand agency and intentionality by taking into consideration ethics and aesthetics. [List of publications].

As part of my interest in performance and verbal art, I have always paid attention to the spatial and temporal construction of activities (see my earlier work on the Samoan fono or ‘village council’) and the relationship between action that is planned and action that emerges out of the contingencies of the immediate context. My work on the universal and local properties of greetings (e.g. Duranti 1997) is part of this research enterprise. Since 2003, I have expanded this area of interest to the study of improvisation. I have documented how jazz musicians communicate musical ideas and manage to coordinate their action while creating “on the spot.” In collaboration with the great jazz guitar musician Kenny Burrell I have created a course entitled The Culture of Jazz Aesthetics where music is both performed live and collectively analyzed (by instructors, students, and musicians) as a cultural activity. Each class meeting has been video recorded. I have also collected hundreds of hours of video recordings of jazz performance classes, concerts, and interviews with jazz students and jazz professionals, which provide an unprecedented corpus of data on how jazz aesthetics is taught and lived. My current thinking and writing about language as a cultural practice that acquires meaning through its inherently temporal organization relies on these data as well as on the previous projects. (see Socialization into Jazz Aesthetics)

A. Duranti 2015. The Anthropology of Intentions: Language in a World of Others. Cambridge University Press.

A. Duranti (Ed.) 2004. A Companion to Linguistic Anthropology. Blackwell.

A. Duranti 1994. From Grammar to Politics: Linguistic Anthropology in a Western Samoan Village. University of California Press.

2008. Elected to American Academy of Arts and Sciences.