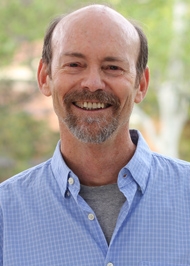 (including mental and emotional health), emotions, empathy, embodiment, and different states of consciousness and non-consciousness (including sleeping and dreaming).

I am currently co-director of the FPR (Foundation for Psychocultural Research)-UCLA Culture, Brain, Development, and Mental Health Program, which attempts to integrate ethnography and neuroscience in the study of global mental health issues.

2013 Sleeping, Dreaming, and Health in Rural Indonesia and the Urban U.S.: A Cultural and Experiential Approach. Social Science and Medicine 79:23-30.

2012 On the Varieties and Particularities of Cultural Experience. Ethos 40:37-53.

2012 Emerging Issues in the Cross-Cultural Study of Empathy. Emotion Review 4:70-78.

2011 The Anthropology of Empathy: Experiencing the Lives of Others in Pacific Societies (Co-editor with C. Jason Throop). New York: Berghahn Press.

2010 Willing in Context. In Towards an Anthropology of the Will. Stanford: Stanford University Press.

2009 The Influence of Culture on the Experience and Interpretation of Disturbing Dreams. Culture, Medicine, and Psychiatry 33:313-322.

2008 Selfscapes of Well-Being in a Rural Indonesian Village. In Pursuits of Happiness: Well-Being in Anthropological Perspective. New York: Berghahn Press.

2008 Being There: On the Imaginative Aspects of Understanding Others and Being Understood. Ethos 36:475-489.