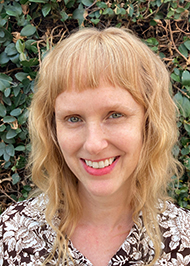 I am a linguistic and sociocultural anthropologist, interested in technologies of language circulation, secrecy and (in)visibility, indigeneity and sovereignty, and critical language documentation. My work is concentrated in the Pueblo Southwest and the Mexico-Texas-New Mexico border region. My book, Fixing the Books: Secrecy, Literacy, and Perfectibility in Indigenous New Mexico (SAR, 2015), ethnographically explores the creation and control of written texts in a Pueblo community. My new project, based in an indigenous community in El Paso, Texas, looks at the inverse: how language is used to render political groups visible and viable. Since 2003, I have contributed to language documentation and revitalization programs in Kiowa-Tanoan speaking communities, collaborating with community members on creating archives and pedagogical materials. My work has appeared in journals that include: Journal of Linguistic Anthropology, Language & Communication, International journal of the Sociology of Language, and American Indian Culture and Research Journal.

Debenport, Erin. 2011. “As the Rez Turns: Anomalies Within and Beyond the Boundaries of a Pueblo Community.” American Indian Culture and Research Journal 35(2): 87- 109.

Nominee, Outstanding Teaching of the Year, University of New Mexico, 2015.