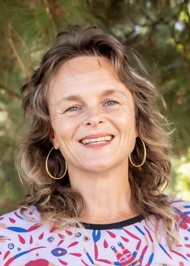 I am an economic anthropologist interested in transnational capitalism and finance; finance, debt and debtors’ unions; the African continent’s place in global capitalism; the economic imagination; anti-capitalist and abolitionist social movements. My research and teaching interests are guided by the economic imagination. What does it mean to understand racial capitalism ethnographically, and to work actively to undo it? I am committed to ethnographic research as a vibrant method for asking new questions and formulating new answers about the world in which we live.

My first book, The Licit Life of Capitalism, is both an account of a specific capitalist project—U.S. oil companies working off the shores of Equatorial Guinea—and a theorization of more general forms and processes that facilitate diverse capitalist projects around the world. I’m currently working on a second long-term ethnographic project—Pan African Capital: Finance, Banking, and Economic Self-Fashioning—to continue my inquiry into the licit life of capitalism, and the displacement of how and from where we think about global capitalism. Pan African Capital is a multi-sited project based on ethnographic work with transnational, African-owned banks and financial institutions on the continent.

I am also a co-founder and organizer with the Debt Collective, where we organize debtors’ unions using an emancipatory activation of household debt under finance capitalism. Alone, our debts are a burden, but together they make us powerful. Household debt leveraged collectively in the threat of a debt strike creates the power to remake contemporary financial relationships. Our first debtors’ union has won over $2 billion in debt abolition for people holding debt from for profit colleges. Our new co-authored book (2020) is entitled Can’t Pay Won’t Pay: the case for economic disobedience and debt abolition.

“Reparative Public Goods and the Future of Finance”

“There is power in a debtors’ union”

“The Power of Debt: Identity and Collective Action in the Age of Finance”

“Toward an Ethnography of the National Economy”

“The idea life of money and poststructural realism” Comment on Dodd, Nigel. 2014. The social life of money. Princeton, NJ: Princeton University Press. In Journal of Ethnographic Theory Vol. 5, No. 2 (2015)

Offshore Work: Oil, Modularity, and the how of capitalism in Equatorial Guinea (American Ethnologist)

Finance is Just Another Word for Other People’s Debts: an interview with David Graeber (Radical History Review)

“Finance, Figuration, and the Alternative Banking Group of Occupy Wall Street” (Signs: Journal of Women in Culture and Society)

Talking about Strike Debt and the Debt Collective on Tavis Smiley (Sep. 26, 2014)

Cloudy with a Chance of Radicalism: How Broken Chain of Title Can Turn the Tables on Banks (Feb. 26, 2014)