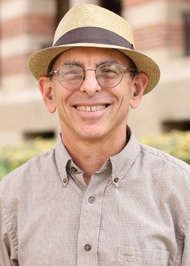 I am an evolutionary social scientist interested in primate behavior, human ethology and social interaction, and personality variation.

I am currently pursuing three lines of research.  First, I have examined how human personality differences (specifically, psychopathic traits) interact with social contexts to affect (1) moment-to-moment social dynamics and (2) propensities to cooperate (or not) with others.  Second, I am testing evolutionary hypotheses about individual differences, using a combination of self-report questionnaires and audio sampling of people’s daily lives. Finally, I maintain an interest in social dynamics and individual differences in nonhuman primates.

Evolutionary accounts of psychopathy have regarded it as a strategy generally predisposed to exploit others.  My colleagues and I (Gervais et al. 2013) have found evidence that subclinical (mild) psychopathy represents a more subtle conditional strategy, one that cooperates selectively with prospective social partners as a function of their perceived future value.

The audio sampling study uses the Electronically Activated Recorder, a technique that unobtrusively captures brief audio snippets throughout a participant’s waking hours.  Participants may erase any clips they wish before researchers listen to them. The resulting material can be coded and will be used to test evolutionary hypotheses about how various dimensions of personality and social variation cohere into overarching strategies.