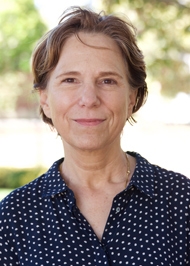 I am a sociocultural anthropologist with a research focus on the long term effects on persons and communities of ethnopolitical conflict, civil war, state engineered population displacements, migration, nationalism, racism, globalization, and ethnospatial segregation. As a former architect, I am particularly interested in theories of space and place that help us understand the impact of environmental, architectural, and geospatial forces on social inequality and marginalization.  My interest is in understanding the links between macro-social and political forces and individual subjectivity. I therefore work at the intersection of political anthropology, medical-psychiatric anthropology, and space and place theory. I am affiliated with the Center for Social Medicine and the Humanities at the UCLA Semel Institute, and the UCLA International Institute (Global Studies), and I teach courses on violence, urban anthropology, borders and migration, globalization and culture, the anthropology of space and home, the anthropology of art, and contemporary social theory. Regionally I specialize in Greece, the Mediterranean area, and the urban US with special emphasis on the intimate experience of the structural violence of inner city segregation.

Currently I am working on a co-authored book, provisionally called “Cornered” (on contract with Princeton University Press), analyzing the carceral and psychiatric management of US urban poverty and segregation. We are building a theory of the “US inner-city health risk environment” working with the concepts of “structural vulnerability” and neoliberal “primitive accumulation.” The book draws on a half dozen years of team-based participant-observation fieldwork (with Philippe Bourgois, George Karandinos and Fernando Montero) in the open air narcotics markets dominating Philadelphia’s deindustrialized inner-city heartland–the poorest section of its hyper-segregated Puerto Rican “ghetto”.

I have recently published articles on inner city violence, post civil-war spatial orders in Bosnia and Greece, and on the political subjectivity of former child political refugees of the Greek Civil War. I am engaged in research on mental health, homelessness and incarceration here in Los Angeles, and on contemporary borders and the Aegean refugee crisis in the context of war and global North-South inequality.