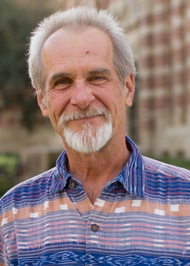 I am a linguistic anthropologist who explores how various people use language ideologies in a variety of cultural contexts.

My research focuses on both key sites of language usage as well as on everyday practices of communication in Native American societies.  The key sites I work with include the performance and reception of verbal art, the production of political and religious discourse, and the contexts of language endangerment and linguistic revitalization. The languages I have worked with are indigenous languages of the Western Pueblo region as well as those of Central California.  Though my research emphasizes Native American languages and cultures, I advise students working on language ideologies, verbal art, and language revitalization who research these topics elsewhere in North America, the Americas, and more globally.

My recent and ongoing research and writing include :

2) Developing an analytic conceptualization of covert linguistic racism directed at Native Americans and their languages and cultures, by the dominant settler-colonial society, through the marginalization and trivialization of indigenous verbal art forms.

3) Producing language revitalization products (a practical dictionary and video documentation and analysis of indigenous language verbal art performances). These products are recipient-designed in accord with community protocols.

4) Understanding the impact of language ideologies and ethnopragmatic contexts in processes of language contact and linguistic change including grammaticalization.

5)   Arguing for more attention in documentary linguistics to be directed at indigenous verbal art.

6)  Exploring the changing nature of linguistic documentation products and language revitalization practices when indigenous communities become a major audience for their consumption.

In addition to being a Professor of Anthropology, I am also Professor and Chair of the Interdepartmental Program in American Indian Studies and currently serve as the President of the Society for Linguistic Anthropology (through 2015).

1993 Language, History, and Identity: Ethnolinguistic Studies of the Arizona Tewa. U Arizona Press.

2009. Narrative Reproductions: Ideologies of Storytelling, Authoritative Words, and Generic Regimentation in the Village of Tewa. Journal of Linguistic Anthropology.

2010. Getting Negatives in Arizona Tewa: On the Relevance of Ethnopragmatics and Language Ideologies to Understanding a Case of Grammaticalization. Pragmatics 20:91-107.

2010. The Art of Voice: Understanding the Arizona Tewa Inverse in its Grammatical, Narrative, and Language Ideological Contexts. Anthropological Linguistics 52.