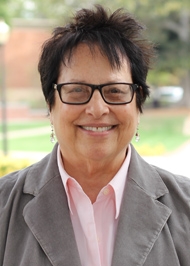 Sherry B. Ortner is Distinguished Professor of Anthropology at UCLA.

She received her A.B. from Bryn Mawr College, and her M.A. and Ph.D. from the University of Chicago.  Before coming to UCLA in 2004, she taught at Sarah Lawrence College, the University of Michigan, the University of California, Berkeley, and Columbia University. She has received numerous grants and fellowships, including awards from the National Science Foundation, the Guggenheim Foundation, the National Endowment for the Humanities, and the John D. and Catherine T. MacArthur Foundation.  She has done extensive fieldwork with the Sherpas of Nepal, on religion, politics, and the Sherpas’ involvement in Himalayan mountaineering.  Her final book on the Sherpas, Life and Death on Mt. Everest, was awarded the J.I. Staley prize for the best anthropology book of 2004.

In the early ‘90s, Ortner switched her research to the United States.  Her first project was on the meanings and workings of social class in the United States, using the members of her own high school graduating class as her ethnographic subjects. Her second American project looks at the world of independent filmmaking, and the dark view of American society that emerges through the lens of independent film.  She also publishes regularly in the areas of cultural theory and feminist theory.  She has been elected to the American Academy of Arts and Sciences and has been awarded the Retzius Medal of the Society of Anthropology and Geography of Sweden.

2013. Not Hollywood: Independent Film at the Twilight of the American Dream. Duke University Press.

1999 (ed.) The Fate of “Culture”: Geertz and Beyond. University of California Press.

1996 Making Gender: The Politics and Erotics of Culture. Beacon Press.