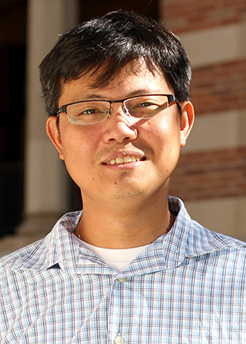 I am an anthropological archaeologist interested in human environment interaction and indigenous response to colonialism. My research focuses on the archaeology of highland agricultural systems in Southeast Asia, specifically on the Ifugao agricultural terraces (northern Philippines). My initial research findings established the recent inception of the Ifugao rice terraces, arguing against the long history model proposed at the beginning of the 20th century by pioneer anthropologists. Rather, the rice terraces are seen as responses to the arrival of the Spanish in the northern Philippine highlands. This work has espoused the idea that the artificial contrasts that we see between highland and lowland populations in the Philippines are products of colonialism and history, rather than differences in ecological adaptation. I have active research programs in indigenous Taiwan, and in Bicol and Ifugao, Philippines.

The foundation of my research is rooted in the responses of indigenous populations to culture-contact and colonialism, particularly on the economic and political transformations that ensued soon after conquest. My work among the Ifugao and their rice terraces, a UNESCO-listed World Heritage Site in the Philippines, evolved into a decolonizing tool as my research findings forced me to rethink of long-held assumptions about indigenous peoples as passive observers in history, and break what I consider as the false dichotomies between the colonizer and the colonized. As the only active research program in Southeast Asia on the archaeology of Iberian colonialism, I juxtapose dominant historical narratives with new archaeological evidence using multiple lines of research that include faunal and archaeobotanical remains, human skeletal biology, ethnohistory and ethnography, spatial modeling, and artifact findings.

In addition to my archaeological research, I am also actively engaged in the ethnographic study of the Ifugao agricultural system as a living cultural landscape. This nuanced understanding of farmer decision-making is necessary for the development of conservation programs in the region.  I argue that government and NGO conservation programs in the region are unsuccessful because they failed to factor in the cultural context of rice agriculture in Ifugao. I contend that changes in the agricultural practices in the region are inevitable since the long-standing agricultural system is not economically viable and local farmers make informed decisions based on economic and political pressures.

More importantly, descendant communities are actively involved in my research projects. I have strived to actively involve community stakeholders in the research program, for them to be as active and involved participants in the research and not just as mere contributors. My efforts have subsequently resulted in increased community interest and the emergence of an indigenous archaeology in the region. Colleagues have described our community engagement in Ifugao as “humanizing” as we attempt to counter the exclusivity often associated with the authority of colonial archaeology.

(In press – 2014). Did the Little Ice Age contribute to the emergence of rice terrace farming in Ifugao, Philippines? National Museum Cultural Heritage Journal, 1:1 (with J.A. Peterson).

2010. Landscapes and the Archaeology of the Ifugao Agricultural Terraces: Establishing  Antiquity and Social Organisation. Hukay: Journal for Archaeological Research in Asia and the Pacific, 15: 31-61.