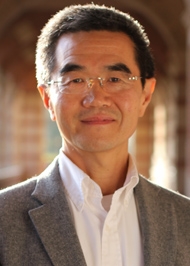 Unlike many of my academic colleagues, I followed a rather unusual path to become an anthropologist in the United States.

I was born in Beijing, China. In 1966, like some 200,000 other people nationwide I involuntarily became an impoverished villager when my family was expelled from the city to a remote village due to my father’s political opinions. In the same year I was forced to drop out of primary school and to work as a shepherd, farmer, and seasonal manual laborer in rural China until 1978. As a young political outcast living and working in two villages during this 12-year period, I had more opportunities than many of my peers to experience the devastating economic hardships (including famine) and the brutal political oppression under radical Maoism. Regardless, I benefited a great deal from living at the very bottom rungs of society as I learned directly from everyday life what really matters to ordinary people, experiencing their struggles for subsistence and meaning in life and sharing their efforts to cope with radical and rapid social changes, while at the same time attempting to maintain, sometimes with great difficulty, a proper sense of the self.

This long-term experience in village life engendered a strong commitment to equitably represent the lives of ordinary people (especially Chinese peasants) in my academic work after I was admitted as an undergraduate in 1978. During my undergraduate and masters’ career I was trained and worked as a literary scholar at Peking University (1978-86), with a focus on folklore and mythology. However, to better study the everyday life of ordinary people and rural society, I changed my field to anthropology in 1986 and received a Ph.D. in social anthropology from Harvard University in 1993. After teaching anthropology at the Chinese University of Hong Kong (1993-94) and Johns Hopkins University (1994-96), in 1996 I joined my colleagues here at the UCLA Department of Anthropology and have been happily living and working in Los Angeles ever since.

The Flow of Gifts: Reciprocity and Social Networks in a Chinese Village (Stanford: Stanford University Press, 1996)

“Doing Personhood in Chinese Culture: The Desiring Individual, Moralist Self, and Relational Person.” The Cambridge Journal of Anthropology, 35(2): 1-17 (2017).

“Introduction: Conflicting Images of the Individual and Contested Process of Individualization.” In Mette Halskov Hansen and Rune Svarverud (eds.) i China: The Rise of the Individual in Modern Chinese Society, pp. 1-38. Copenhagen: NIAS Press (2010).