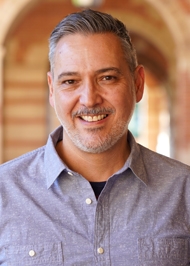 Dr. Shorter’s first book, We Will Dance Our Truth, evolves from decades of learning about indigenous lifeways, primarily among the Yoeme communities in northwest Mexico.

His research website, Vachiam Eecha/Planting the Seeds, was the first ethnographic website built in collaboration with Yoeme people from various pueblos. Originally designed and “published” in 2003, this site was edited and updated into a second edition in 2012. With support from the National Science Foundation, he has filmed tribal rituals pertaining to both collective and individual healing. That latter work can be seen in his ethnographic film, “Lutu Chuktiwa: Cutting the Cord.”

Dr. Shorter’s work explores other-than-human relations and the myths and rituals of native people around the globe. Please see the “News!” page on his personal website to read about his language revitalization work.

In 2011, he received three grants which enabled him to apprentice with a healer in the southern Yoeme pueblos. In 2014 he received his Gendai mastership in Ashiya, Japan with Hiroshi Doi Sensei. Since 2016, he has been the Director of the Archive of Healing, a searchable database of healing modalities from around the world. He is now forming partnerships with communities and healers to direct both financial support and student internships in the areas of community wellness and democratizing knowledge of healing.

Dr. Shorter works with graduate students at UCLA and teaches a variety of courses, cross-listed among several departments, including “Indigenous Worldviews,” “Ethnographies of/as Colonialism,” “The Art of Being Human: Living the Philosophy of Martin Buber,” “Healing, Ritual, and Transformation,” “Research Methodologies,” and “Aliens, Psychics, and Ghosts.” Please read the “Academics” page on his personal website to learn more about his work.